Manchester City didn’t do enough to keep up the title race with Liverpool? 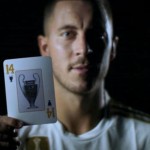 The title race for EPL Season 2019/2020 is very loose as Manchester City couldn't keep up with title rival Liverpool. EPL crown isn't decided in this fashion, but still, after a long time, it has happened. Besides being the most competitive
league, the title is decided much yearly.

What might be the reason behind the quick end to this season? Is it true that other clubs didn't do well? Or Liverpool was too strong?

Manchester City was the Premier League Champions last year on the final matchday of the season. After securing a 1-4 win against Brighton, City attained the PL title. The citizens thoroughly deserved the league title after a splendid performance last season.

Manchester City has managed to score 68 goals, which is two more than the table leaders, Liverpool. The blues had no problem finding the back of the net. They had a total of 541 shots, which is most by any of the teams in this season.

Man city kicked off this season in style after smashing West Ham United 0-5 in their first game of the season. Then the Pep Guardiola boys faced Tottenham, which ended in a 2-2 draw. The beginning is well, but it all didn't go well as planned.

United and Wolves - the trouble makers for Manchester City

Manchester United and Wolverhampton Wanderers destroyed the city's title hopes by beating pep's side each time they met. Ole's men won the Manchester Derby at both home and away. But still, Manchester City knocked them out of the EFL cup semifinals in January.

Also Read: Lampard Tactics: How is he building a dream team?

Nuno's Wolves have also won both home and away matches against Manchester City. Importantly it included a Wolves comeback from 0-2 to 3-2 in which Adama Traore shines with a goal and an assist. Adama Traore scored a total of three goals and an assist this season. Of course, the Spaniard's physique and the pace is quite impeccable

Manchester City has lost all possible 12 points to Manchester United and Wolves which made them fall 25 points short of the table leaders.

Luck didn't favor Manchester city this season as there are many instances which made lose points.

However, Manchester city tops the stats

Although Manchester city is placed second in the points table, their statistics are quite brilliant. Players had good records comparing to other teams.

Amazingly they had attempted a total pass of 18927 passes out, of which 16817 passes where successful. Since City used to hold the ball more with themselves, they maintained possession of 63%, which is 1% more than the table leaders Liverpool. Also, City has the most shot on target, recording 192 shots this season. They had total key passes of 370, which is more than any other team in this season.

With Manchester City leading in almost all the critical factors, still, they failed to secure a win in several games, which led to their significant fallback.

The key player of their team, Kevin De Bruyne tops in the assist makers with the total assists of 16 in this season. With players giving their individual best, City couldn't maintain the team consistency which Liverpool maintained throughout the season.

Manchester City couldn't find a proper penalty taker this season. Jesus, Gundogan, and Aguero missed penalties, which made them lose valuable points. However, Kevin de Bruyne scored from the spot against Real Madrid in Round of 16 in the champions league. The Free Kick taker should have been given preference in the penalty takers list.

Manchester City didn't hold much consistency, which indeed makes no pressure for Liverpool in the title race. Pep Guardiola's men need to maintain consistency to give a tough fight for the league title in the upcoming season.

15 thoughts on “Manchester City didn’t do enough to keep up the title race with Liverpool?”